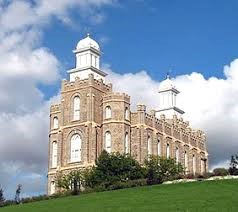 Honeyville- Clark Sterling Hunsaker, 72, passed away peacefully on July 5, 2022, in his home.

Clark was born February 3, 1950, in the Cooley Memorial Hospital in Brigham City, Utah, to Reed Sterling and Blythe Stone Hunsaker.

He graduated from Box Elder High School, attended Utah State University, and furthered his education at LDS Business College, where he met the love of his life, Peggy Ellen Lloyd. They were married on March 20, 1971, and later sealed in the Logan Utah Temple, and he was proud to be a member of The Church of Jesus Christ of Latter-day Saints.

He worked most of his life in the HVAC industry at Wangsgaard Heating and Air-conditioning, installing commercial and residential systems. Autoliv, maintaining and repairing HVAC equipment, then retired from Utah State University HVAC Department.

Clark enjoyed square dancing, designing home projects, building with his hands, and teaching his children and grandchildren how to fix anything from appliances to farm equipment. Very rarely was a repairman ever called. It was essential to take his lovely wife on a date every week either to the movies, dinner, and sometimes both, and on occasion; he would double date with kids or grandkids, which would require an extra movie night in his schedule.

Clark was invested heavily in his children. He coached in the local Ponytail Softball League for many years that his daughters were involved in, and took his son as a young teenager and taught him the HVAC trade, which his son later expanded into controls. In addition, Clark taught all his children and grandchildren the importance of a good work ethic, and instilled in them that with hard work anything is possible.

A special thanks to Community Nursing Services and Karl Wall, who provided great hospice care. We love our family, friends, and neighbors who shared their time, talents, and tales with Clark, which he greatly appreciated.

In lieu of flowers, please donate to the American Cancer Society in honor and memorial of Clark Hunsaker. https://www.cancer.org/about-us/local/utah.html

Condolences to the family may be expressed at www.myers-mortuary.com

To send flowers to the family or plant a tree in memory of Clark Sterling Hunsaker, please visit our floral store.

A Memorial Tree was planted for Clark

Join in honoring their life - plant a memorial tree