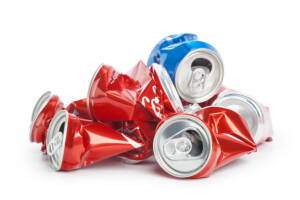 Joseph Dale Jaramillo passed away surrounded by his family on Wednesday, January 11, 2023. He was born in Walsenberg, Colorado on June 19, 1931, to Eloy Jaramillo and Josephine Lucero Jaramillo. When he was just 1 year old, he moved to Delta, Colorado, where he attended school until the 7th grade. He later earned his GED from the GI Bill.

He married Isabel Frodsham, they later divorced. He married Lois Lee McCoy in 1970. She passed away in 2010.

He joined the Army and served in the Korean War and was honorably discharged. During his service, he earned the Purple Heart, Bronze Star, Korean Medal Sixteen, Sharpshooter Medal, many special letters from Hill Air Force Base, many from TDY during Vietnam War, TDY to the Philippines, and TDY to Okinawa, Japan.

Joseph felt like a hero as he delivered Meals on Wheels to various residents of Brigham City. For over 30 years Joseph was well known in the community for recycling. He was given the name of “Can Man” by his buddy Jeffery Beard, soon everyone was calling him that.

Condolences to the family may be expressed at www.myers-mortuary.com.

To send flowers to the family or plant a tree in memory of Joseph Dale Jaramillo, please visit our floral store.

Your browser does not support this video format. You should be able to view it in Chrome, Safari or Internet Explorer.