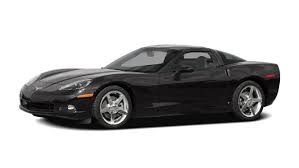 Roger was born on April 3, 1945, to Leo and Gladys Toombs in Brigham City, Utah. His early childhood was spent in Salt Lake City, Utah, and the surrounding towns. In 1957, Roger’s father Leo passed away. Gladys, Roger, and his older brother Richard subsequently moved south to Westchester, California, in 1959.

Roger graduated from Westchester High School in 1963. He attended Santa Monica City College, where he received an AA degree in Business in 1966.

In 1966, Roger enlisted in the United States Army. His Army career was spent at Fort Ord Army Base, California, where he achieved the rank of Sergeant (E-5), received the National Defense Service Medal, and qualified as a Sharpshooter. Roger received an Honorable Discharge from the Army in July 1972.

Most importantly, at Fort Ord, Roger met the love of his life, Jewell Lee “Julie” Stantorf, in July 1967. Julie had moved to nearby Salinas, California, with her parents, Dr. Harold and Juness Stantorf, in 1953. At the time she met Roger, Julie was studying at Hartnell College and working at the Fort Ord base cleaners. Roger frequently brought his laundry to the cleaners and Julie would always wait on him. Roger’s interest was piqued, to say the least. Eventually Roger bet a friend that Julie would say ‘yes’ to a date. Roger won the bet: Julie accepted, and a romance to last a lifetime was kindled. The couple married on August 7, 1971, at a garden wedding at Julie’s family home. Their daughter Lea was born ten years later.

In 1971, Julie and Roger moved to Southern California, where Julie began a career teaching in the Palos Verdes Peninsula Unified School District, where she taught from 1971 to 2008. Roger pursued a career in business, notably with Magnavox Advanced Products and Systems Company and Snap-On Tools, Inc., until his retirement.

Roger had a passion for automobiles. In fact, Roger owned thirty-three – thirty-three! – different cars and trucks during this lifetime, including eleven Chevrolets, seven Oldsmobiles; multiple Cadillacs, Chryslers, Dodges, and Fords; at least four Buicks, a 1964 MG, and even a 1970 Volkswagen Beetle. Most of all Roger cherished his 1994 and 2008 Chevrolet Corvettes, which he maintained in nearly mint condition at the family home in Redondo Beach, California. Roger also amassed an extensive wristwatch collection, rarely wearing the same watch on consecutive days.

Roger also amassed an extensive collection of nicknames. Yes, nicknames. If you were loved by Roger, then you were nicknamed by Roger. (The converse was not necessarily true.) By last count, he had at least four nicknames for his wife, Julie, and several more for his daughter, Lea. The total number of nicknames for assorted family and friends will likely never be known, but it’s legion.

Roger was a passionate devotee of country music. The family room was often filled with the sounds of Buck Owens, Johnny Cash, George Strait, or Reba McEntire, often emanating from his authentic Wurlitzer jukebox. But in Roger’s eyes, no musician matched Elvis Presley. Julie and Roger saw Elvis in concert, and Roger was known to reset Lea’s Chevrolet Camaro radio settings to stations devoted to Elvis, when given the chance. And Roger’s favorite movie star? John Wayne. Of course.

But Roger’s greatest passion was his love for Julie and Lea. He considered his time best spent if it was in their company, slinging steaks and burgers on the backyard barbeque or listening to country music in the family room while nibbling on cheese and sipping wine. Roger’s taste in wine – he preferred the boxed to the bottled varietals – was questionable. His devotion to, and love for, his family and friends was not.

In accordance with his family’s wishes, Roger will be laid to rest next to Julie, Gladys, Leo, and Richard in a private service in Brigham City, Utah. A Celebration of Life for family and friends will be announced at a later date.

To send flowers to the family or plant a tree in memory of Roger V. Toombs, please visit our floral store.

You can still show your support by sending flowers directly to the family, or by planting a memorial tree in the memory of Roger V. Toombs
SHARE OBITUARY
© 2022 Myers Mortuary & Cremation Services. All Rights Reserved. Funeral Home website by CFS & TA | Terms of Use | Privacy Policy | Accessibility