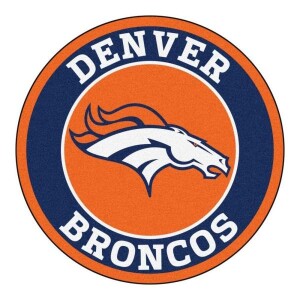 We are saddened at the passing of our beloved husband, father, grandfather, brother and friend, who was tragically taken from us on August 15, 2020, as the result of an automobile accident in Brigham City, Utah.

Russell was born on February 18, 1965 in Ogden, Utah to Dale George Ross and Linda Kay Fort Ross. He married his sweetheart, Vicki Hartz on May 26, 1988. Russell and Vicki do everything together and he considers Vicki to be his very BEST friend. He doesn’t like to do anything without Vicki. They were returning from a fun filled day of 4-wheeling at the time of the accident.

Russell attended and graduated from Ben Lomond High School. He is employed by Vulcraft where he has worked for the past 27 years as a welder. Russ has made many good friends during his years at Vulcraft and is loved by many. Russell loves the outdoors, especially camping and spending time at Bear Lake with his family. He is a hard worker and loves working with his hands. There is nothing he can’t fix or repair. Russell loves Nascar and football. He and Vicki have season tickets to his favorite team, the Denver Broncos, where they enjoy the games live and have had the opportunity to make some great life-long memories. He has a strong love of the American Flag which he displays and flies with the greatest respect. He is patriotic through and through. Russell loves everything and anything his children are involved in. He’s always so proud of his children and all their accomplishments.

His family is appreciative of the life he lives and the great example of service he gives them. He’s always helping others and is willing to do anything he can to assist those in need. He is tender hearted and sentimental, characteristics he inherited from his parents.

He was preceded in death by his parents, Dale and Linda Ross.

Please come in your favorite team or concert t-shirt or comfortable attire of your choice.

In lieu of flowers, please donate to the Wounded Warriors Project or to the National Police Foundation.

The funeral service will be live streamed on this obituary page. Scroll to the bottom of the obituary page and at the indicated service time, the live filmed services will appear in a live video box. The recorded services will remain on our website indefinitely and may be viewed later.

Your browser does not support this video format. You should be able to view it in Chrome, Safari or Internet Explorer.


Video is available for this event